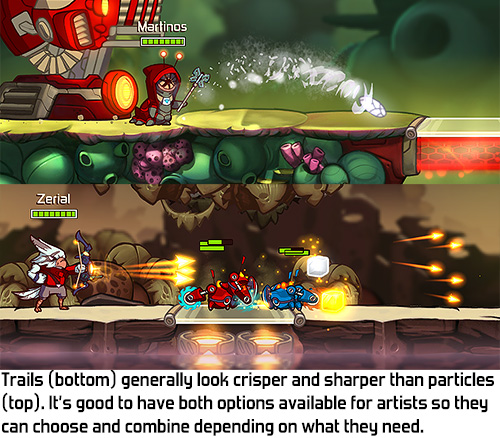 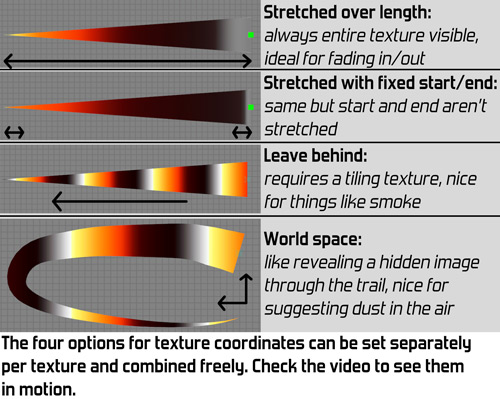 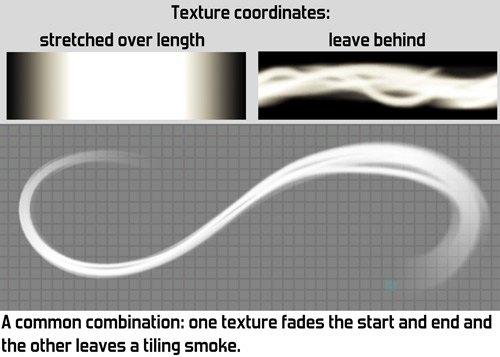 In the next two weeks I will discuss two more specific aspects of trails: the smoothing algorithm I created to make angular movement produce very smooth and curvy trails, and how to solve the texture distortion that occurs when skewing a quad with a texture on it. Till then!
Joost van Dongen at 16:17
Share