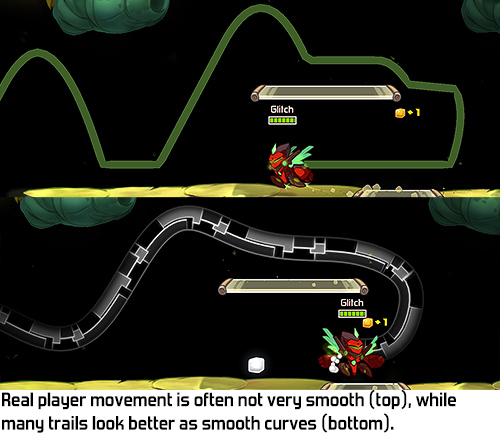 The smoothing algorithm I've described here today gets the job done, is easy to implement and costs little performance. It's nice how sometimes seemingly complex problems can have such easy solutions. :) Next week I'll discuss the texture distortion caused by deformed polygons, which is a problem for both trails and normal 2D sprites.
Joost van Dongen at 14:15
Share