When I released the complete sales data of Proun last October, I also changed the payment model: I removed the free version and set a minimum price of $1, while keeping the Pay What You Want model. I promised to get back on whether that made a difference, and so I finally do today! 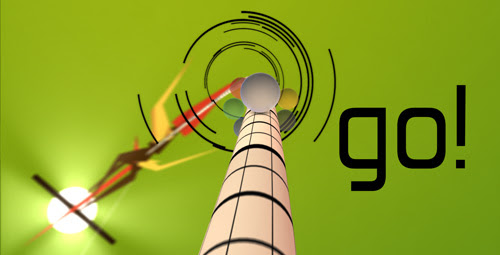 An important issue I see with also having the game available for free, is that it is much easier to just download that than to pay something. No need to get your Creditcard and fill in the numbers, just click the Torrent and download. So I last October I was wondering whether removing the free version would increase the revenue of the game.

This is an interesting question, because the answer is not all that obvious. Of course only a small percentage of those who would download for free, would be willing to pay otherwise. The free version doesn't bring in any money, but it does get the game played by a lot more people. This fuels word of mouth and is incredible marketing. So the free version might actually bring in more paying customers. Also, many gamers who want to try a game will just pirate it if it is not available for free. So, in total, I had no idea whether removing the free version was really a good idea or not.

So, how did it go? First, let's have a look at the graph with the revenue per week before and after the removal of the free version of Proun:

Since the sales peak at launch is enormous and makes everything else too small to analyse, I have also included a zoomed in version for the lower sales periods:

The first thing to notice here, is that Proun is still bringing in a couple hundred euro per month. For a hobby project that I did on the side next to my job at Ronimo Games, that is incredibly nice!

Now, before comparing, a couple of things need to be taken into account. I see two really big sales peaks here, and one smaller one. These are not related to whether there is a free version or not, so it is important to know them before we draw any conclusions.

So, what can we conclude from this? You can see that the average sales per week with and without the free version are approximately the same. The peaks don't really count, since the circumstances were so different there. That leaves only a couple of 'normal' weeks before the free version was removed.

So these numbers are definitely not clear enough to draw an indisputable conclusion here. However, an important thing to keep in mind is that in the past months, I have hardly done any marketing for Proun and there wasn't a whole lot of media attention for the game. Yet sales were still as good as only a couple of months after launch. Normally, I would expect sales to drop more over time, so I think this means that removing the free version added a little bit of revenue. So despite that the evidence is not clear enough to draw a certain conclusion, I think I would advice other developers that want to do Pay What You Want to not include a free version.

Feel free to draw a different conclusion from these graphs, though, and let me know your reasoning by commenting below!

The one thing I can conclude for certain here, is that it is a really good idea to release sales statistics of your game! Not only does it help other developers to make business decisions, it also made me a thousand euro through all the media attention it got. Sharing data that is normally 'secret' turns out to be great marketing! :D
Posted by Joost van Dongen at 21:04 9 comments: