Last week's camera mapping experiment tasted like more, so here we go again! What lured me back to camera mapping is the possibility to do 3D animation and 3D camera movements, while the end result still looks like a real 2D drawing. No lame cell-shading effects here, this looks like real hand-drawn awesomeness!

This time I picked an image that doesn't get much more 2D: one from Captain August, Roderick Leeuwenhart's webcomic! This image features lots of things that look gorgeous in 2D, but are incredibly difficult in 3D. For example, it features a completely broken perspective (just look at the dome at the top!) and thick white outlines against groups of objects (instead of per object).

For this image I wanted to emulate the subtle animations in Anno 1404's beautifully animated story screens. This is all about breathing life into a still image.

So, in short: I modified a still image and turned it into this animation:

The 3D version of this scene is pretty funny to look at it, since it is difficult to even recognise where the characters are: 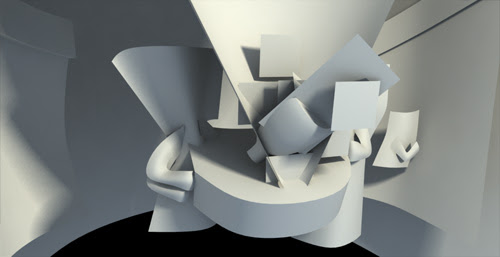 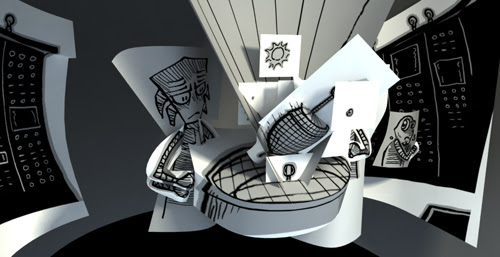 Those who know my work, may know that I already visited Captain August a couple of years ago. At the time I made a full 3D model of him and it's fun to see how that type of 3D results in a totally different style. I like both techniques, and they serve totally different purposes. 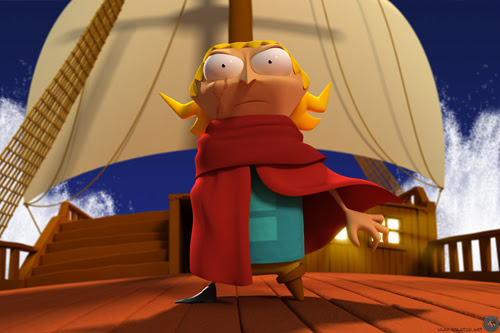 While doing these camera mapping experiments, I learned a lot about how to tackle that stuff, so next week I will post some tips and tricks for the technique!
Posted by Joost van Dongen at 19:56