A couple of days ago we announced that if our Kickstarter campaign would reach $290,000, we would add a fourth character to the Starstorm expansion for Awesomenauts. Today I would like to talk about the kind of art that came with that announcement. We posted these concept sketches, by Ronimo artist Olivier: 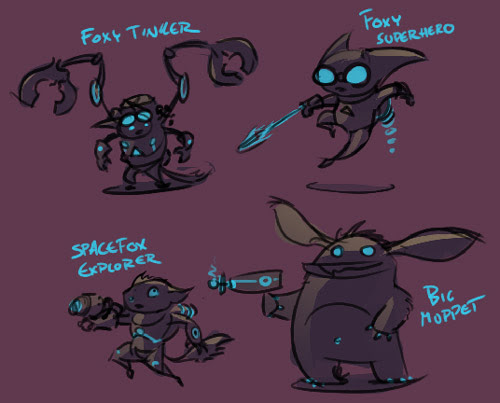 This looks fun, and it is also a nice example of the kind of sketching that works really well to communicate ideas. This kind of concept art does a lot more than just show something: it makes others enthusiastic about the ideas. In a company like Ronimo, where all team members are involved in the core concepts, convincing others that your ideas are good is almost as important as having good ideas in the first place. Several of the devs at Ronimo are masters at this, so today I would like to show you some examples of how art can be used to communicate ideas. (I am really bad at this myself, by the way: my concept sketches for Proun are completely incomprehensible for anyone but me...) Most of these concepts didn't actually make it, but the way they were drawn makes me instantly like them. 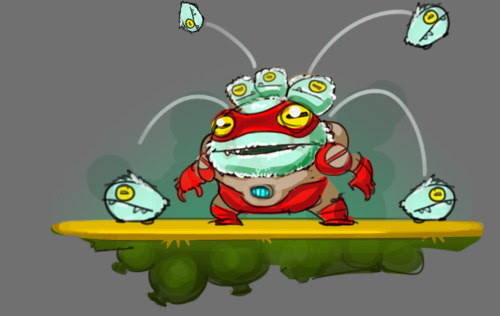 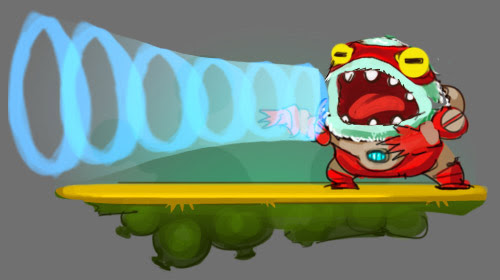 The first is Wozzle, drawn by Olivier. This character was actually prototyped in the game, but for some reason wasn't deemed interesting enough to become a full Awesomenaut. I still hear his name echoing through the office occasionally, so maybe in the far future this could still become a real Awesomenauts character, who knows? Wozzle has a bunch of creatures walking along with him to do combat, and he can scream so loud that enemies are stunned. 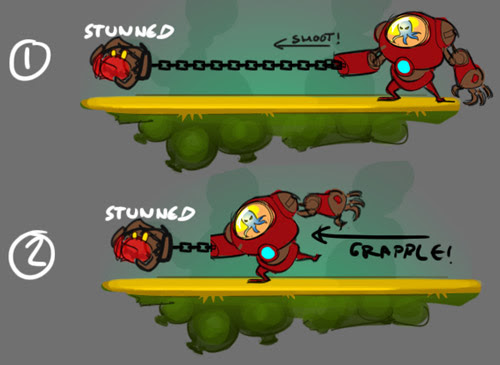 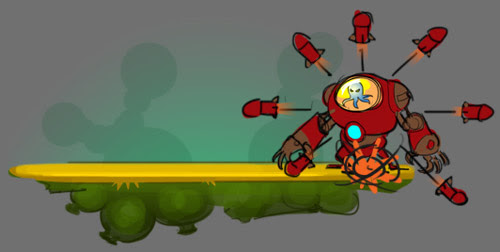 This one, called Squeedo, is downright eerie: this is an octopus with a hookshot, just like Swiggins. Except that Squeedo was drawn months before the contest that lead to Swiggins! We had totally forgotten about Squeedo and only bumped into him again after Swiggins had been selected by the community. The coincidence at how similar Swiggins and Squeedo are is just baffling... 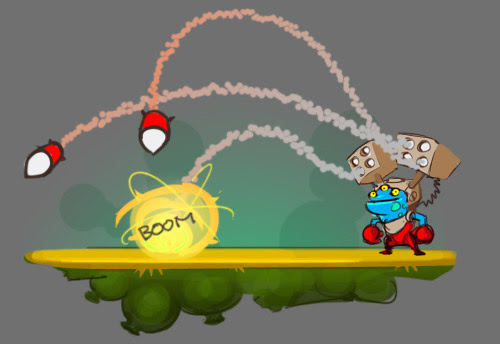 I don't think this next character was ever even prototyped in gameplay, but that second skill is actually pretty interesting. He grabs an enemy with his beam and stuns him, but the enemy is only stunned as long as he stands still himself and keeps holding him. So you basically stun an enemy by stunning yourself as well. This Naut would very much be a team-player since he cannot use this to kill directly, while it could be mightily powerful with good team-play! The other skill is a rocket barrage, which in terms of gameplay might be a bit boring (just plain damage in a really big area), but could make for some pretty spectacular special effects.

The final character I would like to show today looks very familiar: Gnaw. Here he was still called Groblok, and this Naut turned out almost exactly as Olivier first sketched him. This is how he was first posted on our internal forum:


All of the art above is by Olivier, but he is not the only dev at Ronimo who can work magic like that. For example, Ralph is also really good at this, as you can see in the two images below. These are drawings from a storyboard for our Kickstarter video. We chose a different concept for the video, so this storyboard didn't make it into the final video, but looking at it, I can only imagine something that is awesome fun to watch! This is also slightly deceptive, by the way: if two real persons are filmed for this storyboard, much of the fun is gone, unless those two persons are really good comedians instead of game developers...

Next week I'll show some more example of early character concepts, of some characters who changed a lot in the period between first concepts and launch. Also, I still need to post the third and final part of my stats series at some point, but I wanted to post this first. See you next week!

By the way, our Kickstarter campaign still runs until Wednesday, be sure to pledge to make the game grow further and to scoop up some awesome rewards!
Posted by Joost van Dongen at 12:52