Guys With Guns: concept art for a cancelled Ronimo project, or: Being asked to pitch for a publisher's project

I have previously discussed pitching your games to publishers, but that was from a very specific perspective: if you already have plans for a game and are trying to make a publisher interested in that. Once a studio has gained some credibility the opposite can also happen: sometimes a publisher is looking for a developer for a game they want made, and they ask a bunch of game studios to pitch for that project.

Around four years ago (early in development of Awesomenauts) this happened to us twice, in both cases with well-known publishers looking for a fresh and different take on a famous franchise they owned. Today I would like to show the concept art our artists made for one of those, and explain how these kinds of pitches work.

Note that things like this are almost always under NDA, so I cannot mention the name of the publisher or the franchise involved. An NDA ("Non-Disclosure Agreement") is a common type of contract used in the games industry in which two parties agree to keep something secret.

When a publisher has a project for which they are looking for a developer, they often ask several developers to pitch for that, usually three to five. This way they can choose the plan that best fits what they are looking for, and can give each developer a chance to show what spin they would give to the game.

We knew that we were not the only developer in the race, so we tried to come up with something special. Most of us had played and loved the franchise when we were younger, so we were really excited to try our hands at bringing a new and modern spin to a classic.

We created a budget overview and wrote a design document in which we explained how we would evolve and change the gameplay. Our artists created concept art for several possible visual styles the new game could have. Since we wanted to give the publisher some choice, we decided to create art for more than one visual style, so that they could pick what best fitted their vision of the game. I think these all look great, so this blogpost is really just one long excuse to show you these awesome drawings by the Ronimo art team! 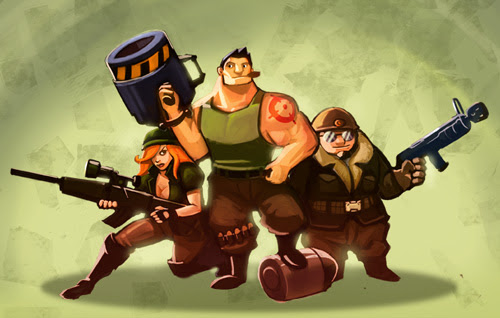 Style G, by Olivier and Gijs 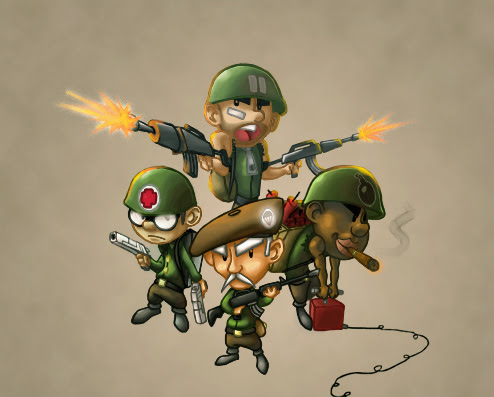 Style A, by Tim 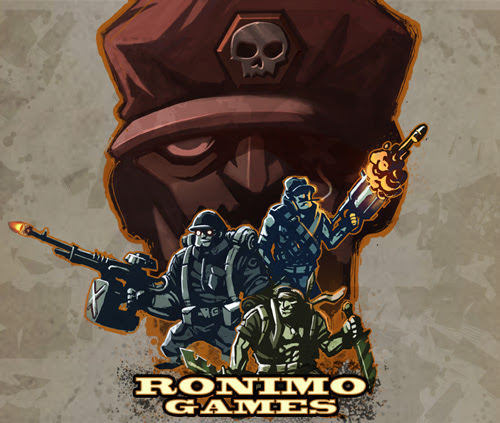 Style B, by Gijs 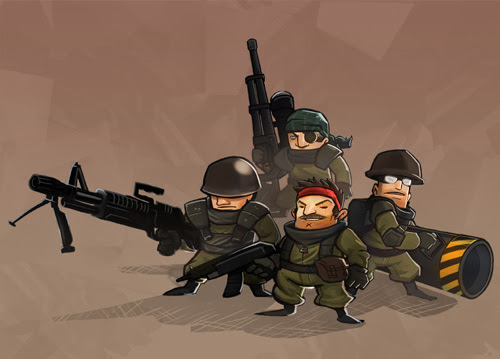 We sent the art, budget overview and design document to the publisher and then waited for their answer...

Nope! Unfortunately, they didn't choose us and went ahead with another developer.

(On second thought: knowing now how great Awesomenauts turned out, I am actually very happy that our pitch wasn't chosen!)

Not winning a bid like this is all part of the game, of course, but we were very disappointed at the reason given: they told us that both our game concept and our art were the best they had received, but they didn't believe we could technically pull off a multi-platform 3D game. This felt very lame, since they could have figured that out before they even asked us to pitch. Not that I think they were wrong: we had never worked on those platforms before and had never released a commercial 3D game, so this would have been a big challenge and I doubt we could have finished it on time and on budget with the experience we had back then. Nevertheless it felt lame that they didn't figure this out before asking us.

Still, I can imagine why they asked us anyway. My theory is that they were probably curious to see whether a young and innovative team like us would come up with something very special and insanely awesome. Instead, we 'only' came up with something that was better than the competition, but probably not enough to make them willing to take the risk of working with such a technically inexperienced team. So if our pitch had been even better, we might have gotten the job despite the technical risks. Of course, this is only my own theory, since we never complained to them about the procedure and thus never got a further explanation.

Despite that we didn't get the gig, it was an interesting experience to go through this process and we still have this awesome concept art! ^_^

Below are some more sketches made by our artists. These didn't make it into the actual pitch, so we never sent these to the publisher. Which makes me curious: which of the styles in this blogpost do you like best? 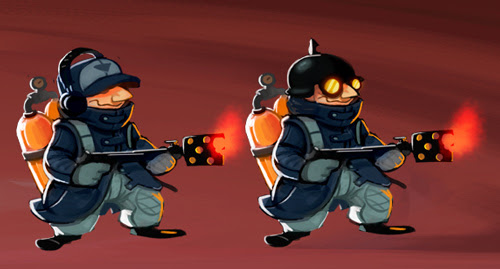 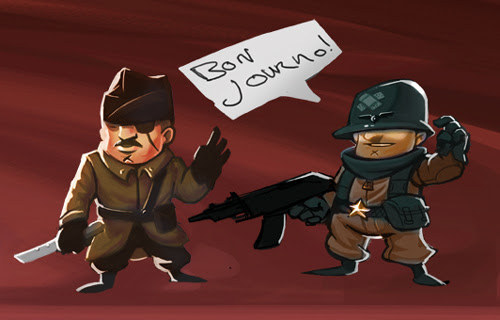 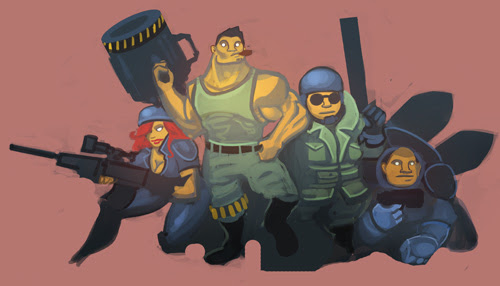