The Ageless Gate is OUT NOW!

On Friday I released my album The Ageless Gate! It's my atmospheric debut album with instrumental music and lots of cello. Together, the 13 songs tell a tale that spans three centuries, starting with a mysterious artefact and culminating in a gate to another world. The story is told by short text pieces in between the songs, voiced by voice actor Chris Einspahr.

The album is available on all the major streaming services (Spotify, Apple, Amazon, Tidal, Deezer, etc.). I've also made a deluxe CD edition in a limited pressing. Links to the different places where you can listen to the album can be found here: 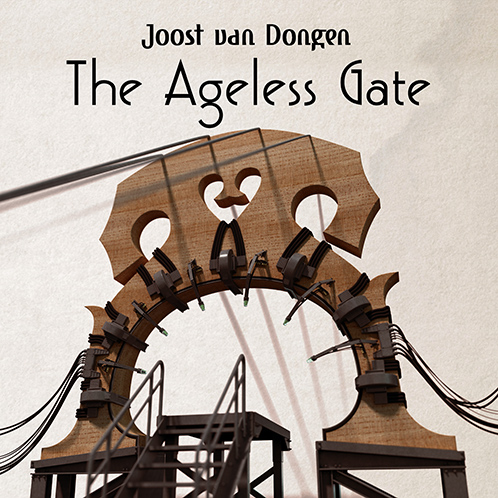 For the cover of the album I combined a cello bridge with a sci-fi portal, bringing together the musical core (cello) and the storytelling theme of the album.

My cello is the foundation of the album, which varies from cello trios to songs with cello, drums, guitar and keyboard. The sound goes from melodic and euphoric to dark, pumping cello rhythms. Cello is mostly known as a classical instrument and a background instrument, but it’s so much more than that. For this album I really enjoyed experimenting and exploring the possibilities of the instrument. My favourite examples of that are the fast arpeggios in the opening track Sandrider, and the gliding chaos tones in Approach of the Derelict Research Station.

Here's a preview of Sandrider, an intense cello trio and the opening song of The Ageless Gate. The image shows the CD edition of the album, which can be ordered here.

I've worked on my album for 3.5 years and it's great to finally have a complete thing, with the storyteller, the art, the music and the production all working together to create one coherent whole. It started out as just a bunch of songs, but as I wrote more of them I realised they could be telling an overarching story. From that point on I started writing that story and also changing some of the compositions to make them work in the bigger whole. For example, A Century Flies By and A Century Sails By started out as one song, and I split them into two short related pieces since I liked them as bookends in between the chapters, marking the passage of time. 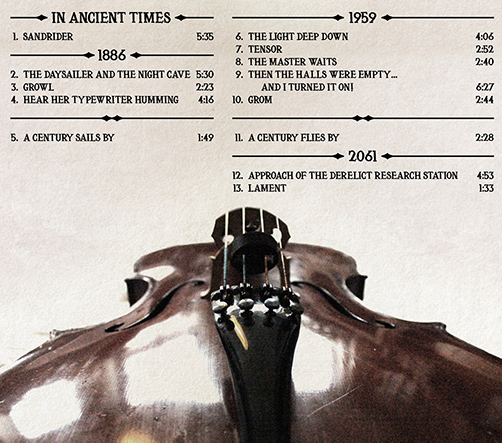 The story plays out in different time periods, as is seen on the back of the CD edition of The Ageless Gate.

While working on the album I learned a lot about composition, recording and music production. One of the biggest lessons I learned is that it's pretty doable to record a bunch of cello takes and then cut them in pieces to combine the best bits. This helps me a lot in achieving a consistent high quality cello recording. Before I knew this I thought I needed to record an entire song without any mistakes and this made me super nervous during recordings. Now I know that recordings with mistakes are useable, as long as the mistakes aren't always in the same spot.

My other big lesson is that mixing/mastering is such a specialised field that I should again hire a professional for that. I first tried doing it myself, but even after spending considerable time with tutorials and experimentation, I couldn't get it to sound pro. In the end I hired Daan Kandelaars (Tremor.Studio), a professional mixing/mastering specialist, and his versions sound so much better than my own did. For my next album I won't first try to make final mixes myself and will instead hire a pro for mixing and mastering right away.

All in all I'm super happy with the final result and I hope others will like The Ageless Gate too! I'd love to hear if you have any favourite moments on the album!